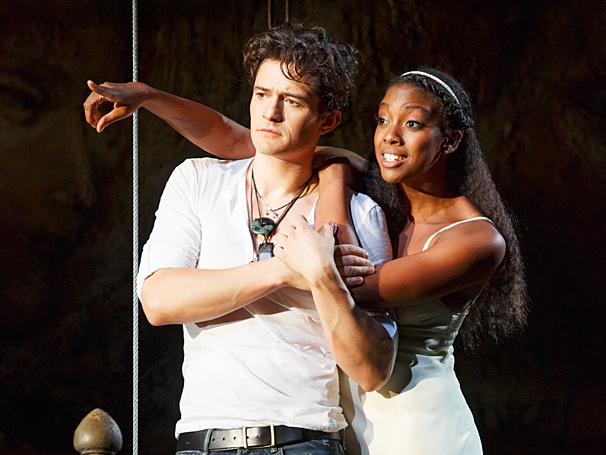 Maybe Romeo and Juliet would have worked out if they'd just gone to the movies together? Just a little bit of dating advice. And now here's some entertainment advice: This winter, Screenvision and newly formed company BroadwayHD will bring director David Leveaux's Broadway revival of Shakespeare's Romeo and Juliet to movie theatres nationwide. Starring Orlando Bloom and Condola Rashad, the film will run from February 13 through 19. Your Valentine's Day plans are set!

Before the show closed on December 8, 2013, nine high definition cameras recorded the November 27 performance at the Richard Rodgers Theatre under the direction of Emmy Award winner Don Roy King. “It gives it a certain intimacy and urgency,” said producer Stewart F. Lane, in a statement. “What we've done here is create a whole new art form.”

The first Broadway staging in 36 years, Romeo and Juliet is set in Verona, Italy, and tells the story of two young lovers whose noble families are locked in a bitter feud. They try to defy the circumstances that forbid their love, with heartbreaking results.